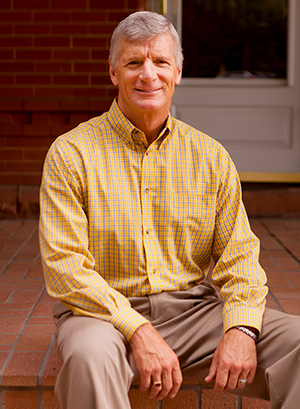 As people settled in Northern Colorado after the Civil War, primitive road systems gradually created a network of transportation between the towns. Soon, a rather sophisticated system of ditches and reservoirs conveyed mountain water to large areas of the semi-arid plains, making the land arable and creating communities of interest among farmers along the lengthy man-made waterways. Despite these regional road and ditch connections, however, the towns of Northern Colorado were few and far between, and they developed their own singular identities as well as separate local governments. Today, tremendous population growth has brought the boundaries of communities much closer, and in many parts of Larimer County and western Weld County there appears to be a seamless transition when passing from one community to another. Yet important differences between communities, and between the two counties, remain. For persons hoping to purchase property and develop it legally and profitably, knowledge of the rules of the local jurisdiction where the property is located is key. In addition to Larimer and Weld County, both the larger cities of Larimer County– Fort Collins and Loveland–as well as that County’s smaller towns of Berthoud and Wellington, have their own independent comprehensive land use plans, zoning and subdivision regulations, and building codes. The same is true of the towns of Windsor and Timnath, which confusingly sit astride the two counties.

Rick Zier has represented clients in real estate or land use matters in all of these jurisdictions. He knows their community history, he has studied their development patterns, and he is familiar with the local rules and practices. He knows which of the jurisdictions have home-rule charters according them greater local zoning latitude and power than the non-home rule jurisdictions, whose zoning regulations are governed by state statutes. Mr. Zier has appeared before town boards, city councils, and boards of county commissioners in this region, and the reach of his practice is broad. Whether the need is for approval of something as simple as a building code variance in Timnath or a zoning variance in Wellington, or something as involved as a 25-lot commercial replat in Berthoud or a 400-unit, mixed use subdivision in Windsor, his experience can see that you achieve it as quickly and efficiently as possible.